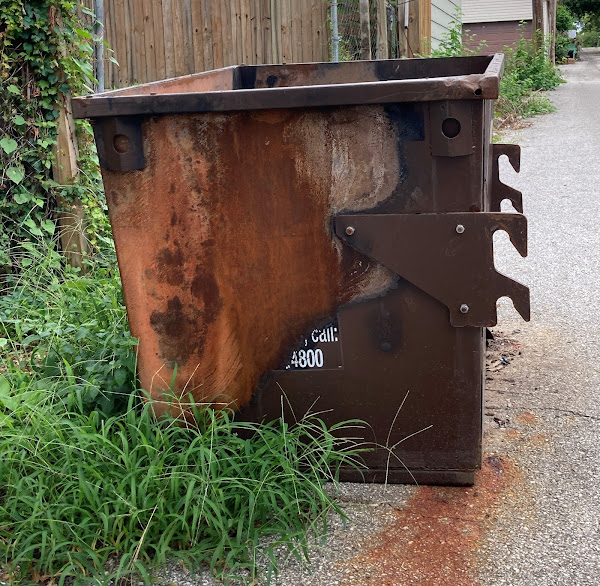 Posted by Christian Herman at 19:46 No comments: 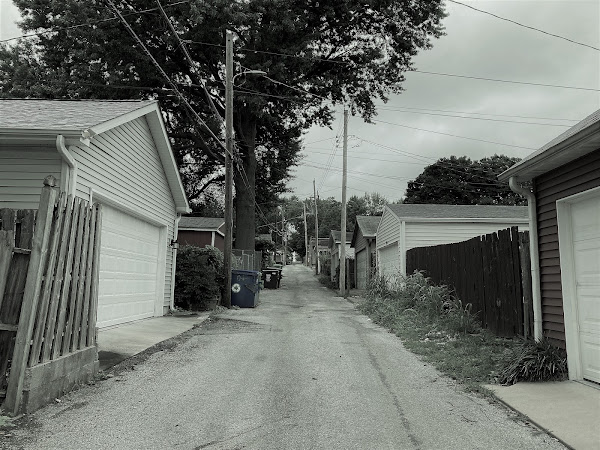 Posted by Christian Herman at 19:42 No comments: 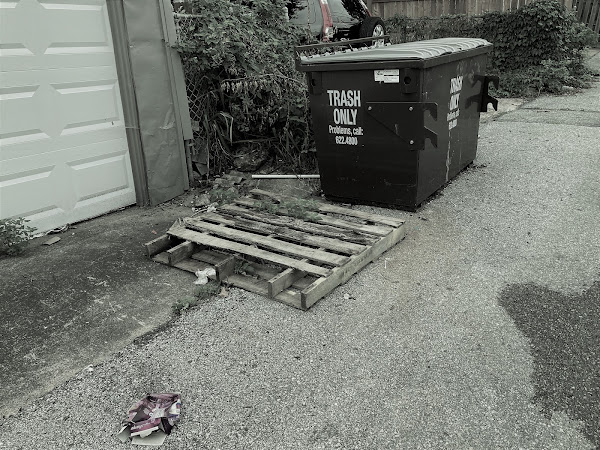 Posted by Christian Herman at 19:37 No comments:

At first it ran after me and perched on my shoe.
once home again I gave it a ride on the shovel to the front yard. It rode. I placed it under a hosta and it ran after me!
Posted by Christian Herman at 19:33 No comments:

Email ThisBlogThis!Share to TwitterShare to FacebookShare to Pinterest
Labels: A day in the Life, Creature Feature

Sweetie girl loves to place her head against my thigh knowing my hand will cradle her head. 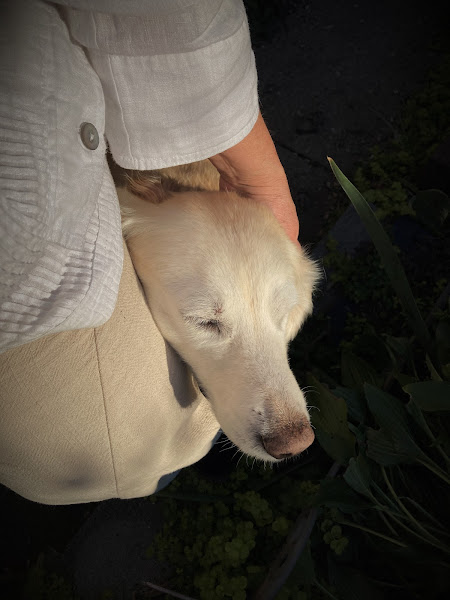 Posted by Christian Herman at 19:52 No comments:

I recently learned that Rob had died

The beautiful Golden Boy I met in the early winter of 1983.
Carrie, my Bestie, dragged me to a party. I hated all parties except the ones I hosted!
A huge apartment in the CWE. We strolled through the rooms until I found the back porch. Two men were following us into the room. One of them sat next to me on the sofa.
Ron was in STL attending CORO and then off to Berkeley for law school.
And then, years later, back to Manhatten to practice.
He had lived in the East 70s for the first 18 years and then in Lower Manhatten for almost 3 decades.
My elbow was resting on the arm of the sofa. He reached over me and without touching me looked at every charm on my bracelet. His face was inches from mine. I glanced at Carrie across the room who was watching us.
SMOOTH, she mouthed to me. I smiled and my breath stirred his curls. He turned to look at me, smiled, released my bracelet.
He was so very perfect.

He sent four leaf clovers to me from the family 'farm' up north once back in NY. There were always clumsily laminated into bookmarks. He was so precious.

I loved Rob in the best way. We had a special friendship for decades, increasingly sporadic as new people and events entered our lives. And I had married my partner.

Rob lived a couple of blocks away from the World Trade Center in Lower Manhatten.
His sister wrote to me: On the evening of Feb. 11th, 2018, Rob was walking from his NYC apartment to the nearby grocery store when he collapsed with a seizure on the street. He woke up in the hospital some three hours later and learned that something had been seen in a CT scan of his brain. About a month later he had surgery to remove the mass, leading to a diagnosis of Glioblastoma, grade 4. He went through chemo and radiation and handled it really well, but the cancer returned after six months and he had a second surgery in October, 2018. That surgery left him with some mildish vision and language deficits.

Other treatments followed, and he continued to handle everything well (i.e, to meet him, you probably wouldn't have realized he was a cancer patient) until close to the end. Things started slipping beginning in January 2020, when he began to complain of numbness in his right foot, moving up his leg. He had more radiation to try to delay the inevitable. In June 2020 he became pretty much paralyzed on his right side, and ended up in the hospital. But they'd run out of treatments, and on July 1st he was sent home with hospice. He died August 2nd, 2020. Rob is considered, officially, a victim of 9-11. His brain tumor was thought to have been caused by environmental toxins from the collapse of the World Trade Center.

Posted by Christian Herman at 11:13 No comments:

Email ThisBlogThis!Share to TwitterShare to FacebookShare to Pinterest
Labels: Rob

The sweltering afternoon heat but a girl must go outside. 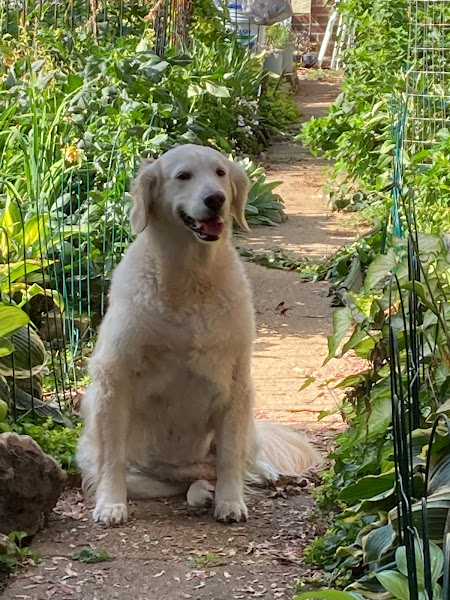 Posted by Christian Herman at 19:08 No comments:

Richard was a very poor choice in 1983.
I was on the rebound from a ruptured relationship with a man who was more than a boyfriend. He was also my creative partner.
Richard claimed to be wanting to leave for CA which suited me. A brief dalliance to lift my mind from Former. Jobless, moneyless, and, if he took the SAT I doubt he passed it.
Deciding I was 'blue chip stock' (he actually told me that), he decided to remain in STL. Could he stay with me until he found an apartment?
He's a bum, Carrie said, he doesn't have a job. How is he putting gas into his truck? How does he afford booze? Dump his ass!

He was worse than that though with a serious alcohol problem, a proclivity for lying and cheating.
He lied when I asked how old he was saying he was 28 when he was 23.
I was 29.
I was working full time at EBS, starting my jewelry business (with three *national* sales reps), and going through intensive training to work on a crisis intrevention hotline for women.
He'd say, I want to be a writer. I'd look at him in confusion. My brother will help me write, he said.
At the time I was working with Carrie on Vocal. Dump his ass! she'd say while we worked in her closet darkroom.
I'm off to go sparring with Bill, he told me one eveing. Carrie was pulling up as he was leaving and on a whim followed him to an old girlfriend's apartment. Not being sexually possesive I really didn't care. He was difficult to like though.
Then this started: Herman, let's get married!
I declined.
He kept badgering me about marrying him. I told him I never wanted to marry (him).
He wanted children. 'Crazy Sue' had his child when there were teenagers. Oddly, I met her decades later and didn't think she was crazy.
Richard and I just weren't compatible in any way.
Also...he wasn't blue chip stock.

One night we stopped for gas at the station on Skinker and Clayton. This was back when stations had attendants. Ricard was headed in to buy cigarettes as a black male employee approached the car. Richard changed the way he walked and the way he talked. Hey, my man, he said, I need $10 of gas. He was talking to the man in an exaggerated stereotype. Was this his perception of black people?
The employee cocked his head and deliberately looked confused. I sank into the seat in embarrassment. What the eff did you just do, I asked when he was back. That was so racist!
That was after Thanksgiving. After that my lunch cash began disappearing from my wallet.
I thought I could help him though so I went to be educated at SLU's alcohol treatment program. This was shortly after we saw a friend who passed cash to Richard asking him to forward it to Phillip. Richard took the money, drove to a bar, left me in the truck while he tossed down several shots.

I didn't drink and had never known an alcoholic. I needed information. Made an appointment with SLU's treatment program. Carrie drove.
Dump his ass, she advised, and stop being co-dependent. I am, I told her, I'm doing it after christmas. He's an ass!
At the program I learned I was living with an alcoholic, confronted him with what I'd learned, took him to a meeting where he declared he could stop drinking.
He managed this for two weeks before frantically demanding booze.

His xmas present to me was a butcher knife. Yep, that was the romantic gift he gave to the woman he wanted to marry...well really, any woman. He just wanted to be married.
Total arse, Carrie said, DUMP HIS ASS.
At a New Years Eve party he announced to me, I've slept with three women in this room! Indeed, total arse.
Five days later I dumped his ass telling him I wanted the money he owed me, something he promised he'd pay.
I had to take him to court months later to retrieve funds, win my case, (it's on MO case.net) and then, he only gave me half of what he owed.
I had to garnish his wages.
Charlie called to say, Is this who we are, we take people to court?
Carrie said, Is this who we are, we live off of women and don't repay our debt?
The RAVEN household told me how they confronted Richard about his treatment of me.
I don't consider myself to be a victim. I knew he an asshole and didn't immediately boot him. I sometimes found myself marveling at his uninspired deceptions and what he wanted to be when he grew up.
Carrie high fived me and took me to the party where I met Rob.
And Richard found a woman who would marry him.

Posted by Christian Herman at 14:16 No comments:

At the Humane Society. She had heard a crying puppy and was off to the rescue. Some dogs are just dogs. 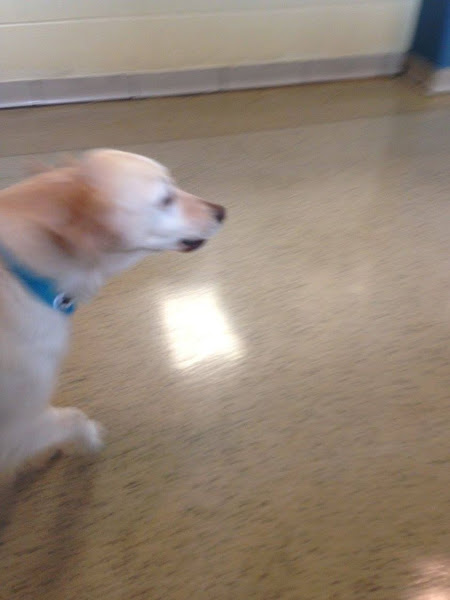 Posted by Christian Herman at 12:14 No comments:

Part of the Collection

Storage Makeover :) I've...85 of these and am still collecting in The Wild. 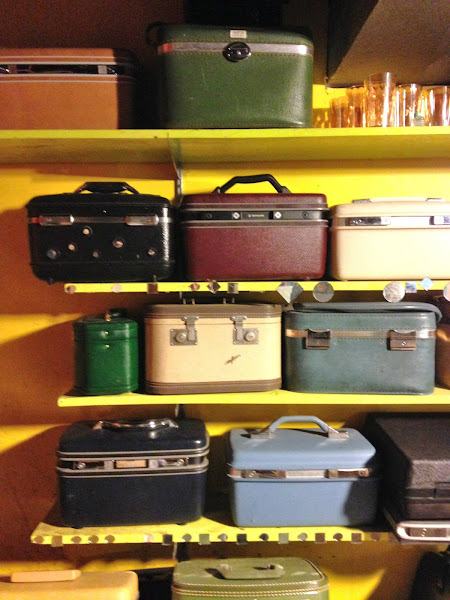 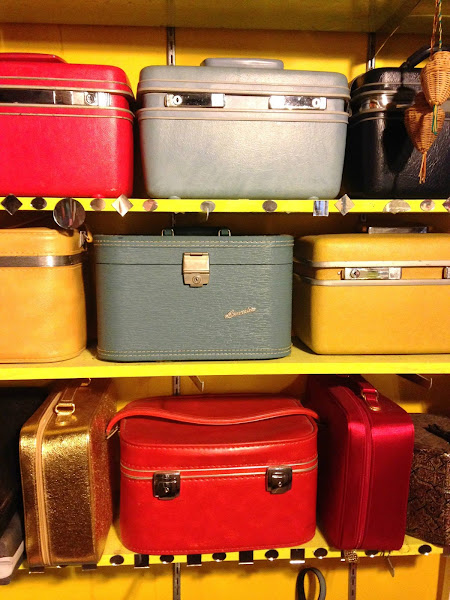 Posted by Christian Herman at 13:09 No comments:

Email ThisBlogThis!Share to TwitterShare to FacebookShare to Pinterest
Labels: What I collect

I can't give it up. STEEL was my favorite class. 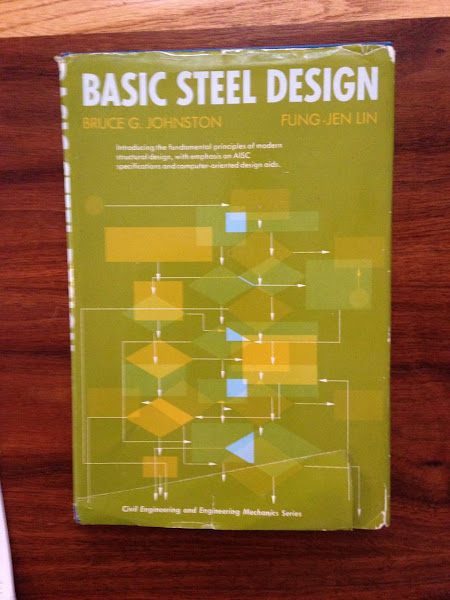 Posted by Christian Herman at 13:06 No comments:

Email ThisBlogThis!Share to TwitterShare to FacebookShare to Pinterest
Labels: The Second Decade 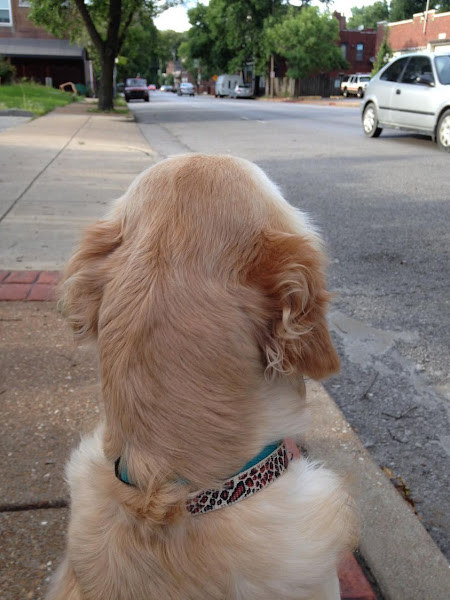 Posted by Christian Herman at 13:04 No comments: 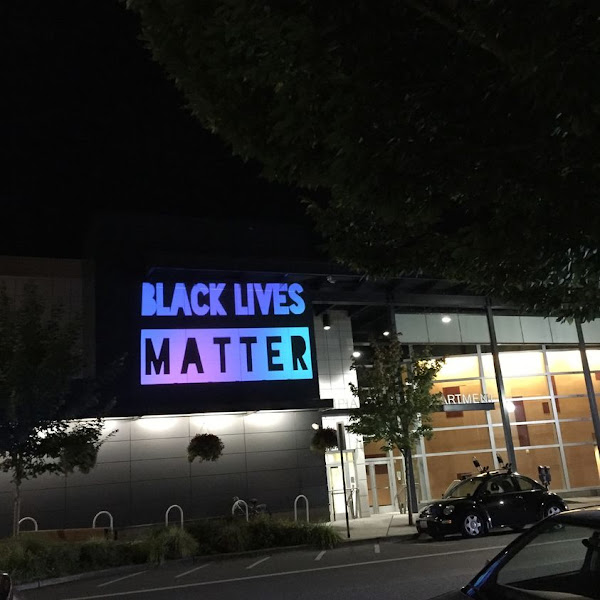 Posted by Christian Herman at 13:02 No comments:

Email ThisBlogThis!Share to TwitterShare to FacebookShare to Pinterest
Labels: Elsewhere 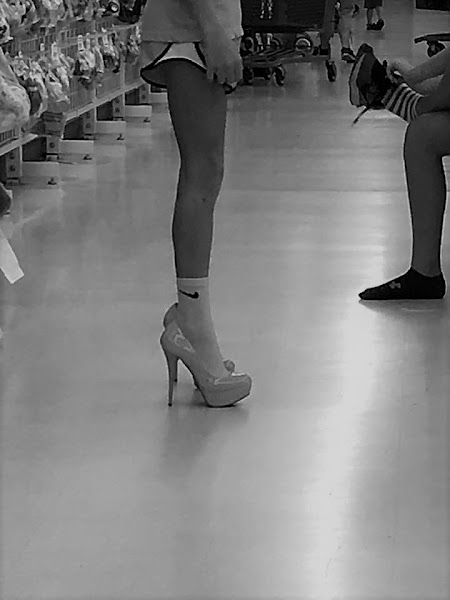 Posted by Christian Herman at 12:59 No comments:

Email ThisBlogThis!Share to TwitterShare to FacebookShare to Pinterest
Labels: In The Wild 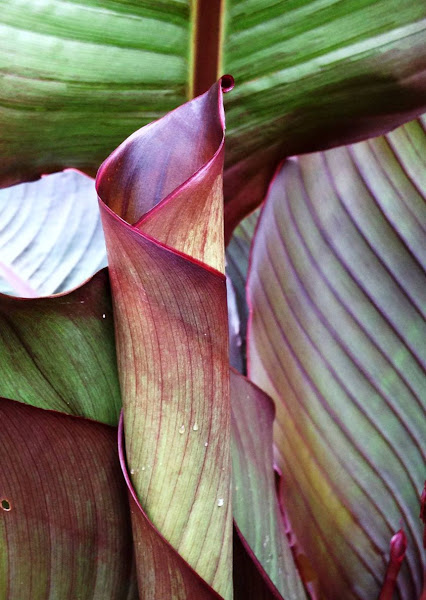 Posted by Christian Herman at 12:56 No comments:

Email ThisBlogThis!Share to TwitterShare to FacebookShare to Pinterest
Labels: #MovieStills

I was sitting at my desk working this morning when Ballet thanked me for her breakfast. This involved placing her feet on mine and snuggling against my calf. 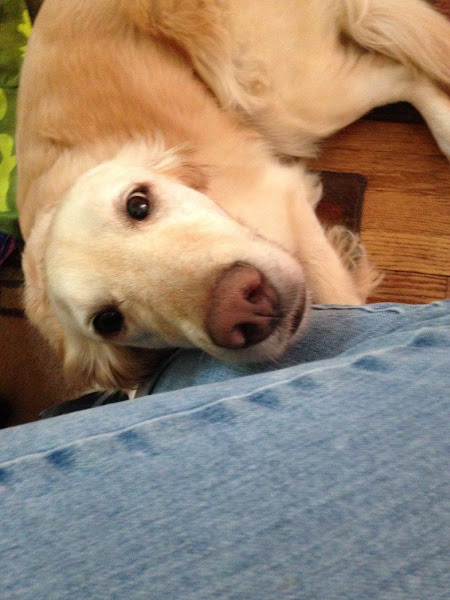 Posted by Christian Herman at 12:54 No comments:

Back of Cherokee Street. 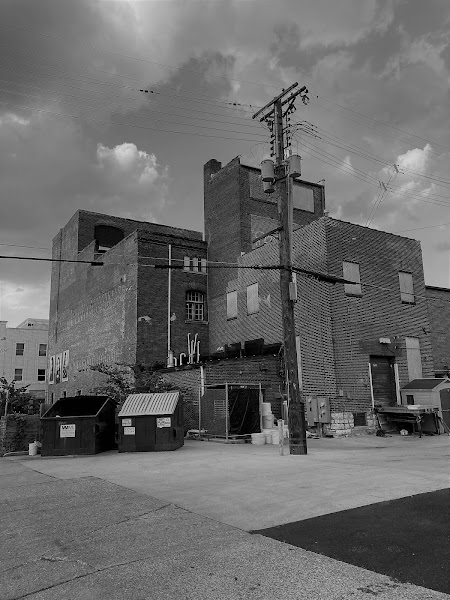 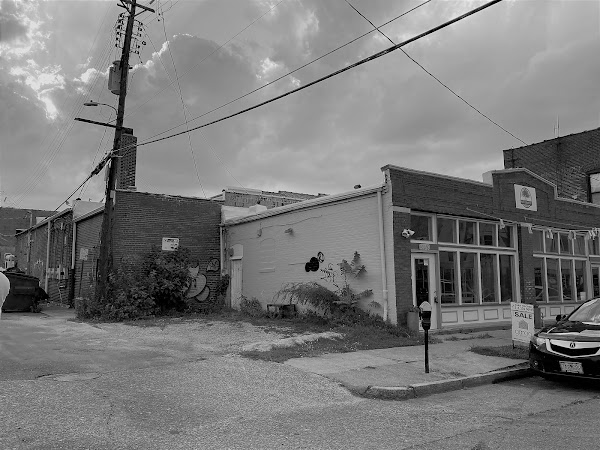 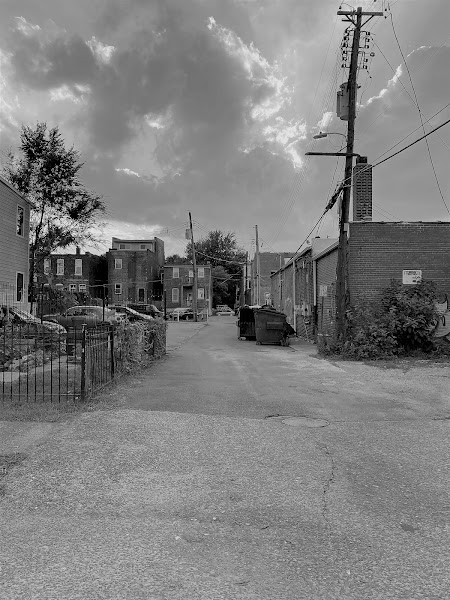 Posted by Christian Herman at 17:25 No comments: