The Marti Frumhoff Memorial Garden is my primary volunteer project and I've been on it since 2008. I like to think Marti would approve since it's on the site of the old Parker-Russell brick yards. Marti was a fellow brick hugger. I miss her.

What's the fate of the garden I wondered three weeks ago when I noticed the street was being prepared to be repaved. Black asphalt.

Now it's a heat island with a 60% increase of radiant heat. Walking across the street to turn on the rain bird sprinklers - I do that by hand, there's no timer - is a scorching stroll. If five trees in the garden were much larger they would cast some shade to help decrease the ambient temperature. Maybe in 15 years. 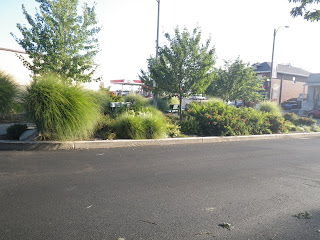 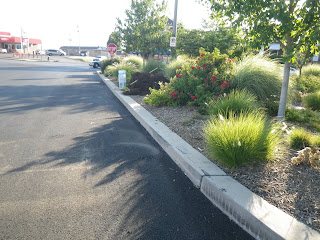 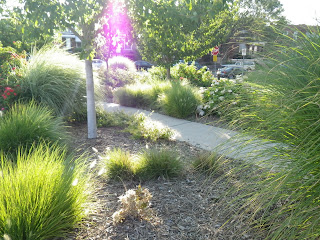 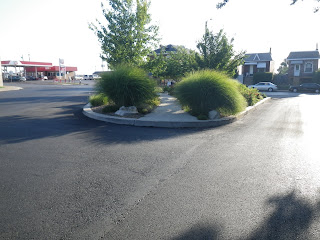 I'm always removing yard sale sings from the garden but when I spotted this one today - placed over the 4 way beneath the stop sign along with their address - I decided karma may be lurking in the intersection. 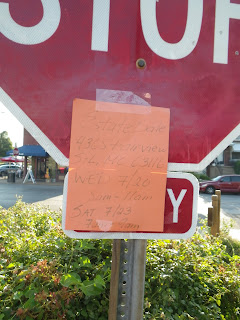 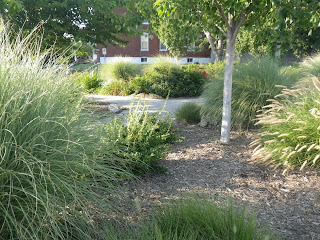 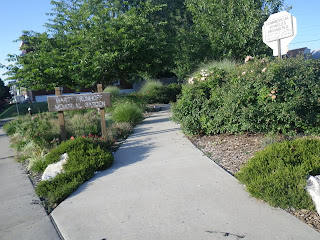 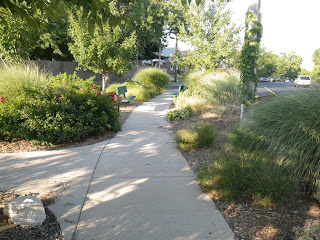 All the roses are diseased with rose rosette and must be removed. 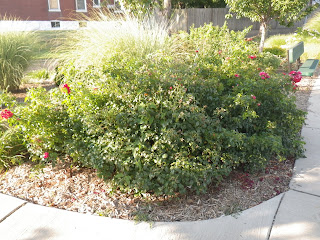 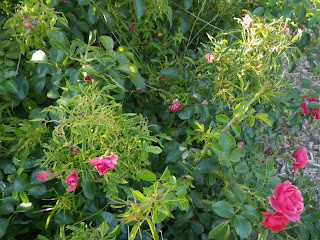 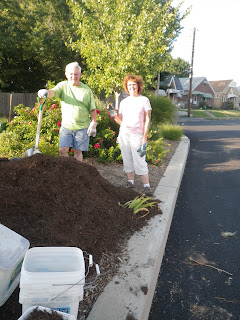 Jan, married to Don and friend of the garden: 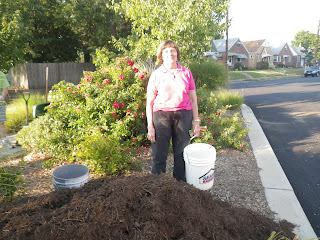 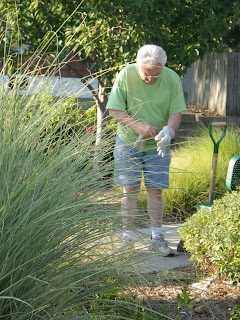 My hella cool neighbor Brian stopped by to help haul and spread mulch: 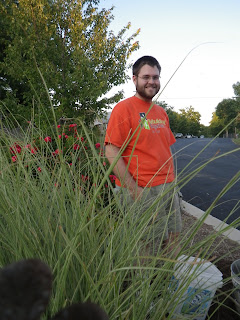 Posted by Christian Herman at 21:56 No comments: Links to this post

Knowing this my dear friend, talented artist, and fellow Doors fan, Leslie Caldera sent the below this morning:

Christian, I've been keeping my eye out for fire escapes for you. Here are a few I shot on a walkabout in L.A. this week. The Morrison Hotel is the very same which inspired the title of the Doors 5th album. There were two sets of ladders. Street side was in glorious late afternoon sunlight, but the alley set was behind a big metal gate and hard to get a good angle on, so I went for an artsy look.

Unfortunately the building is vacant, and all signage is removed. Even the window the boys posed in was converted into a separate business entry, and it is boarded and gated now.

The other fire escape is in Long Beach, on my bicycle route to the Metro train I take into the city.

Below the photos is a link to a cool Youtube video telling the story of how that album title and cover photo came about. 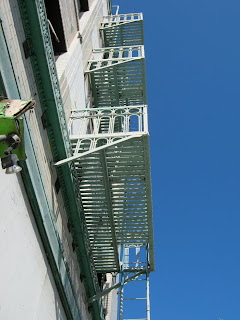 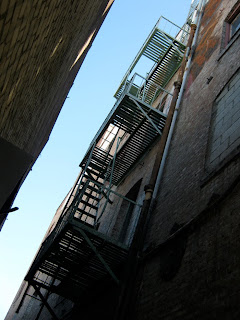 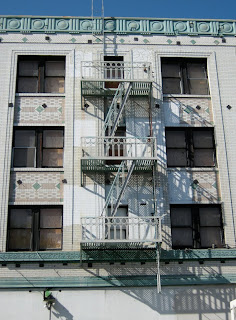 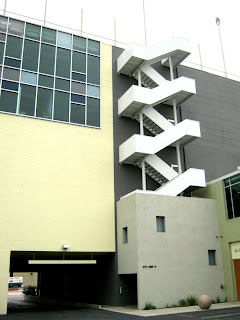 Posted by Christian Herman at 22:17 No comments: Links to this post

Below are photos of the sidewalk in front of the building next door to me. I've been reporting it for over 10 years to CSB. There's literally chunks of concrete missing. Last summer I was astonished to find a city employee in front of my house looking at my perfectly sound sidewalk. He told me there had been a complaint about my sidewalk and that it was going to be replaced. We then had a discussion about an obvious mistake and looked at both sidewalks together. He insisted a slightly raised edge of pavement was due to tree roots from a city tree in front of my house and that the entire sidewalk must be replaced due to a complaint. I explained it was my complaint about the condition of the adjoining sidewalk and someone had made a mistake. He disagreed.

I received a letter asking for a 39.00 payment. I paid and one moth ago the drama ensued. 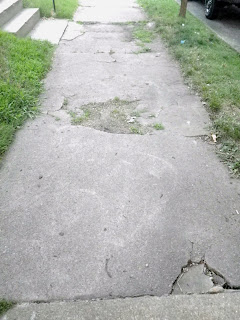 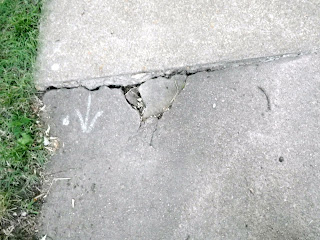 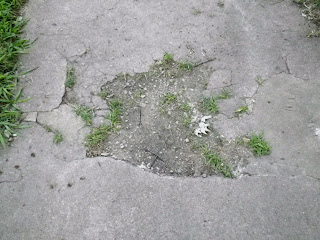 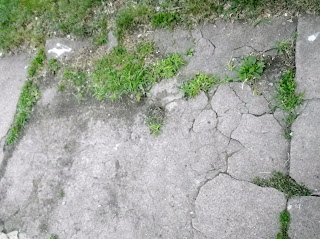 Posted by Christian Herman at 11:19 No comments: Links to this post

Interesting texture treatment on matte white bricks spotted in the South Hampton neighborhood. Feast on that incredible mortar mix with itty bitty pieces of feldspar and quartz. You know how I love the stuff. 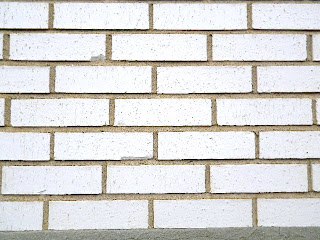 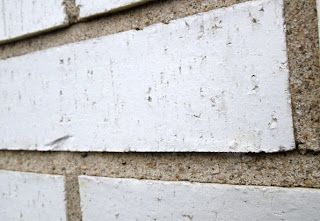 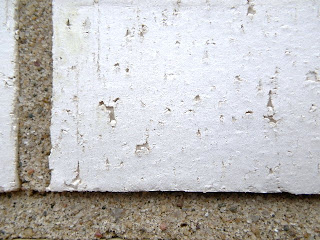