I went looking for Riley

And only found these outstanding 'bark' bricks 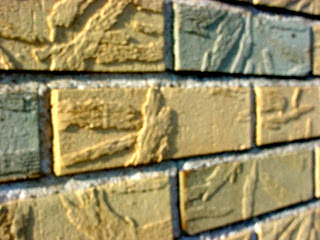 On this building at Miami and Morgan Ford: 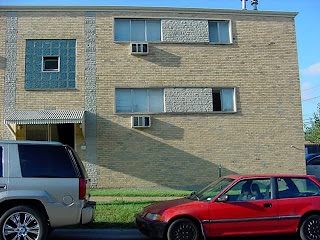 Posted by Christian Herman at 01:55 No comments:

Over dinner last night Tim and I discussed Walkability.
What does Walkability mean, I demanded, I used to walk a total of four miles every day to and from work. How is this new?

It's true: I walked from 4350 McPherson to work in all weather. I walked on sidewalks, did the two mile route in 28 minutes, and didn't own a car. I bought my first car 18 years ago and am still driving the Saturn (currently at 92,000 miles). I didn't want to buy a car - I walked or used BI-State.

During my brief stint at Roosevelt High School I daily walked the 1.5 miles. When I attended DuBourg I walked from McDonald and Roger to the BI-State bus stop at Chippewa. Elementary school: I walked the five blocks from and to Holy Family school. Big whoop.

What are these people talking about, I asked Tim, and what do we call them?
Yuppie puppies, Tim replied.

Walkability has infiltrated ads on Craigslist for apartments in my neighborhood: Walk to Tower Grove Park! Walk to S. Grand! I've been walking until recently and am snickering at walking being a marketing concept. Since when is walking a few blocks trendy? Perhaps for those whose parent's bought them a car at age 16 'cause I'm just not getting it.

Walkability is subjective. It's also a consideration in sustainable design.
It means sidewalks and once meant to me destinations within two-four miles.

St. Louis City is walkable and if you chose to stroll or economic circumstances demand you hoof it.

Which reminded me of the Chippewa viaduct so I rode my new electric bike over last night and discovered the street has never been asphalted. The viaduct functioned as a train spur overpass for our former manufacturing neighbors. The tunnel beneath was a nifty alternative for those wanting to avoid crossing the busy tracks.

I call the original pavement granetoid (google image it) and Tim calls it exposed aggregate concrete. This is what our streets looked like in TGS when I was a kid. They were very large slabs of a nearly white mortar and rock mix which made skateboarding down the 3900 block of McDonald a serious challenge. I had made a skateboard by removing the wheels of my metal roller skates and nailing them to a 1x4.

Eventually thawing snow froze into the crevices around the rocks, formed pocks, and then small holes. The streets were still drivable but the first layer of asphalt went down on TGS in the early 70s. It's still recklessly used and many streets are pointlessly being repaved this week in TGS.

Walkable also meant use of the pedestrian tunnel under the railroad which was closed man years ago. During the time it was built very few people had cars, traveled by street cars and walked.

I used the tunnel under the Chippewa viaduct with my sister and would often pass other people. We liked to lean on the railing and watch cars. It reeked of piss and was eventually closed because people were being mugged.

Similar tunnels were also under streets in downtown St. Louis. 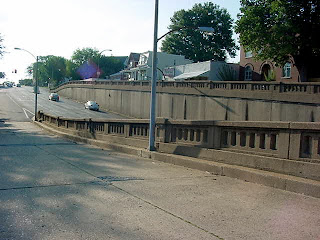 The top of the parapet has a very fine mortar mix almost sand castle-like in appearance. 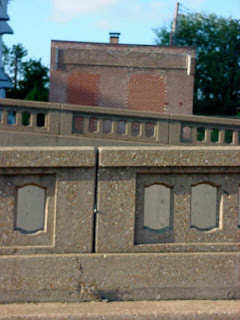 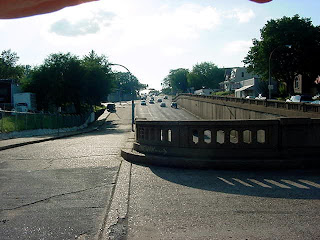 Side view of the tunnel entrance. 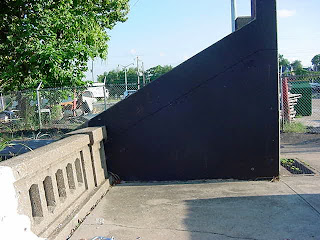 Overhead view of the pedestrian tunnel: 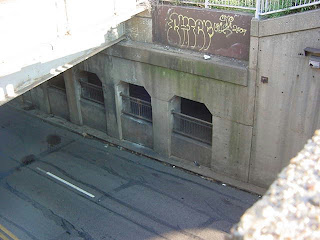 Exit on the other side of the train tracks: 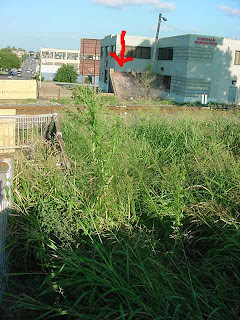 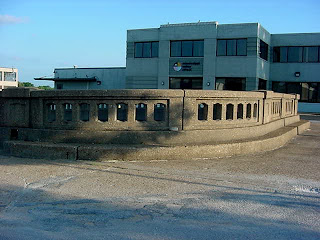 My electric bike. Eight years of ripped and torn knee tendons before a jerk doctor acquiesced to my demands for a MRI. I was in surgery twice within a year. This is an embarrassment for someone who used to ride Chubb Trail to Cool Valley and back every weekend. It weighs 75 pounds and is a bitch to get up and down the front steps. 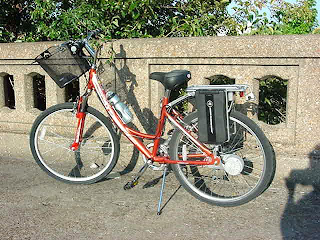