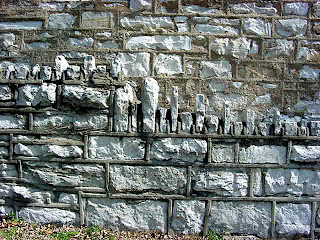 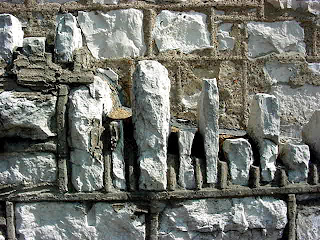 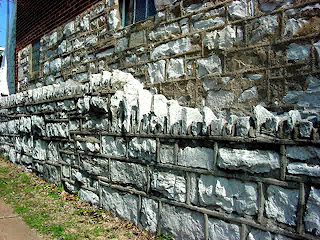 Posted by Christian Herman at 11:34 No comments: Links to this post

This is a reprint of my first blog post from 7/10/04.
My old girlfriend Chris Deckard was on site and set up this blog. He also kindly tolerated drives down alleys and aided in brick spotting.

This is where it all began, 3964 McDonald Ave in the Tower Grove South area of St. Louis. My childhood home!

I love the brass mailbox and beveled glass address plate. I used to polish it when I was a kid. I would run my fingers over the surrounding brick, fascinated with the crevices and various values of color.

I loves me some brick. 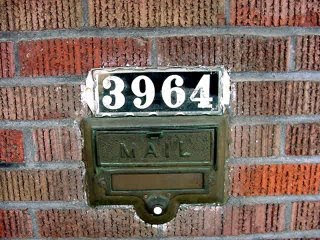 Posted by Christian Herman at 23:36 No comments: Links to this post

Occasionally I come upon a brick street that hasn't been covered with asphalt. It's a wonderful experience and I like to imagine how horse hooves sounded traveling over the bricks.

These streets also remind me of the movie King of the Hill which was filmed in St. Louis when I lived in the CWE. If you haven't seen the movie rent it ASAP. Part of it was filmed in the old apartment building on the NW corner of McPherson and Taylor (it went condo shortly after and the building was severely altered).

OK, so watch the film then take a stab at the neighborhood where the brick streets were located.

This one is located at Tennessee and Winnebago 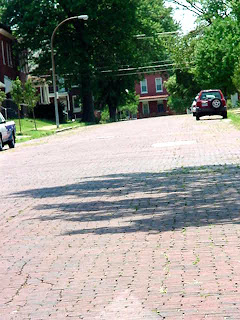 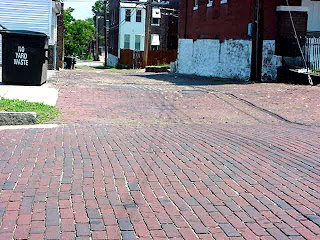 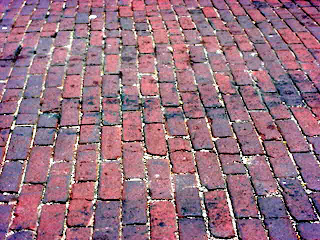 Around the corner on Chippewa I encountered this overgrown lot: 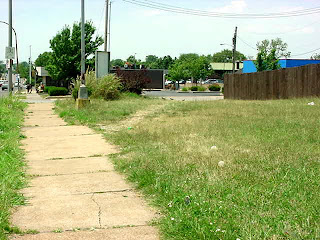 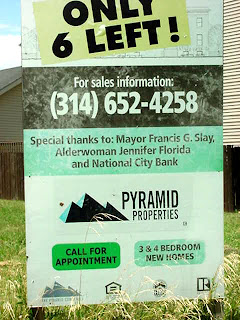 Posted by Christian Herman at 22:49 No comments: Links to this post

Email ThisBlogThis!Share to TwitterShare to FacebookShare to Pinterest
Labels: Pavers

I had a darkly hilarious phone conversation with Dale Sweet on the Fourth. He lives in Gravois Park and I could hear the fireworks in the background. These weren't firecrackers mind you but professional fireworks.
He told me about this car and wondered how many times it would be ticketed before being towed. 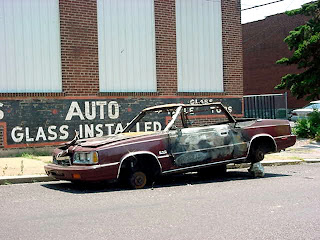 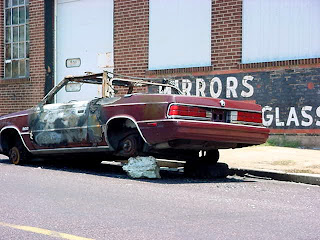 Posted by Christian Herman at 11:21 2 comments: Links to this post