Located on Potomac and Arkansas.
I intend to collect them all. 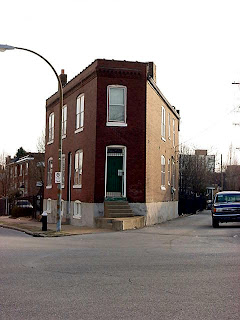 Posted by Christian Herman at 23:47 2 comments:

Email ThisBlogThis!Share to TwitterShare to FacebookShare to Pinterest
Labels: flatiron

Received a call from Rebecca Rogers, who was at the Mann meeting on Monday with the following info: a demonstration has been organized against the school closings, tomorrow, Thursday, @ Gateway Classic building, where the SAB will be announcing the SLPS closings.

Gateway is located on Jefferson. Be there @ 5:25 pm. Signs are provided.
Posted by Christian Herman at 17:13 No comments:

Two emails to Steak and Shake with no response.

I had asked if the brick cladding on the building was granite or manufactured. Granite would be expensive. Any thoughts?

I love Steak and Shake stores with the black and white exterior and matching landscaping. 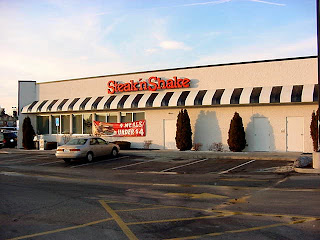 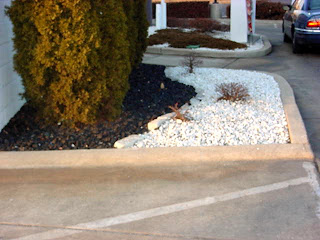 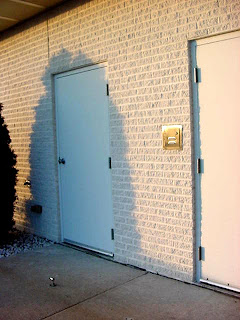 The bricks are as white as Marilyn Monroe's hair (which she called pillow case white). Crappy photos. They don't capture with accuracy the brilliant white and the flecks of (I think) quartz. 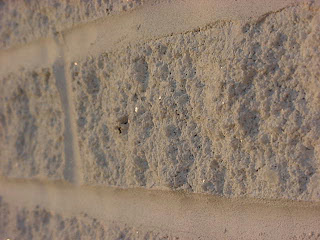 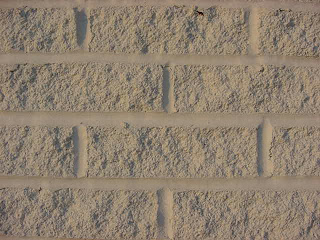 Posted by Christian Herman at 00:43 2 comments:

Click on the subject line to read a page from the Vermont Brick site.

I read this page four times impressed with the scholarship and charmed (yes, charmed) with the poetry:

... firing manifests itself as a patina unachievable...In addition to an uncommon and rugged handsomeness... This combination of unique beauty and near indestructivity defines the fabric of daily life...
Posted by Christian Herman at 13:34 No comments:

Mann School is one of the St. Louis public schools projected to be closed. It's the largest school, over half of a city block. Click on the subject line to read the AIA St. Louis Response to the Comprehensive Facilities Review.

It's not my intention to discuss the politics of STPS.
The complex physics of the lives affected is more important to me as a resident of Tower Grove South than the math of STPS bottom line. I also concerned about a mammoth building being shuttered in TGS but that's at the bottom of my list.

There's 250 students at Mann which is operating at capacity.
I asked Mann principal, Brian Zimmerman about the number of children living in TGS: 200 and for 52% of them English is a second language.

These children are from refugee families where the parents speak less English than their children. Who will advocate for these families? Who will explain to them the complex politics involved in their neighborhood school closing? And, what will the impact of the shuttered building have on Tower Grove South?

Concerned with these issues, The TGS Block Captain Steering Committee (a group of five volunteers here in TGS) are holding an open meeting at Mann School on Monday, Feb. 23 at 7 PM.

Please join us at this meeting,:
Feb. 23 at 7 PM at Mann school gym (on the east end of the building).

On a recent visit to Mann I found a copy of the original plans by Ittner. What I like best about Mann School is the two copper vents on the roof. They serve to cool the building in the summer and vent the boiler in the winter. One hundred years after being built they are sill functional. 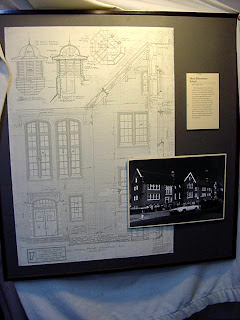 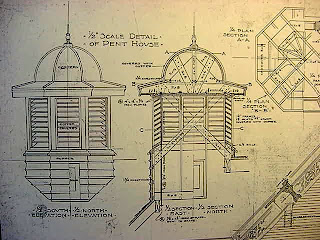 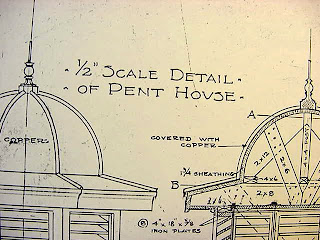 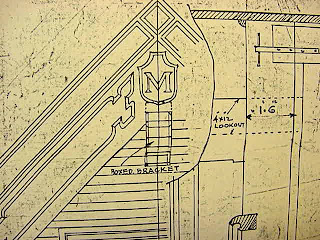 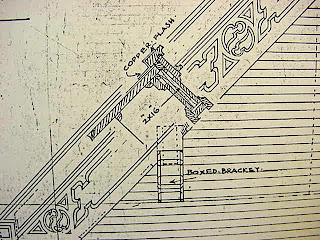 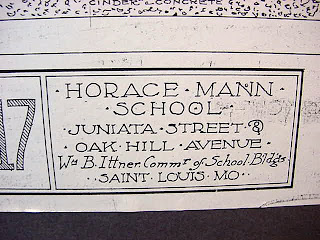 Posted by Christian Herman at 21:38 No comments:

Clicking on the subject line to read the book.
I've tried to capture some of the images but lack the skill.
Posted by Christian Herman at 15:40 1 comment:

The circus comes to town

I've had this photo in my file for so long I don't remember its source.
Baby elephants, Hydraulic brick pavers, a street car, and is that a Model T?

Where were the elephants headed? Sportsmen's Park?

That reminds me I have memories of The Highlands which was an amusement park where FPCC now stands. I refused to ride The Comet and was terrified by The Bob Sled. And I'll tell you this: The Famous Barr parking garage spiral exit ramp was a tame version of the Bob Sled. 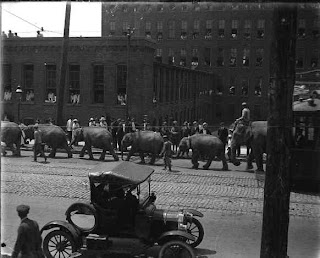 Click on the title to read the Garabungalow info I found on the web.
This building is located across the alley from my garage and its puzzled me over a decade. There's no garage door facing the alley just bricked in windows.

I stalked it until last year when new neighbors arrived and I wrangled an invitation into the back yard and confirmed my suspicion that this building housed the original owner while the Big House was being built in front of the Lot.

The garage door that exists in the front of the building was added during the early 60's. This info comes from another neighbor who has lived on my block for 50 years. It's also the only home on the block that has a drive way from the front to the back. 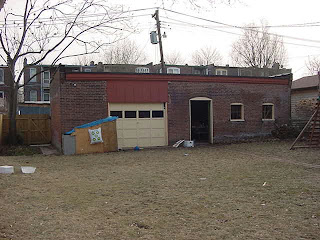 Beau likes to get in my photos. See that white blur? That's why his native name is Running Cloud. 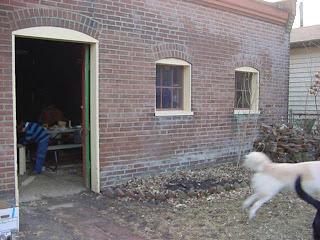 I think these are the original entry doors. Door on the left has a mail slot. 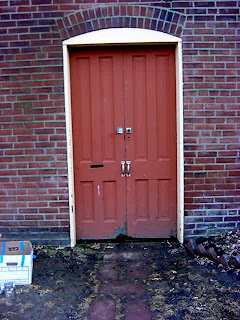 Brick flu for the stove: 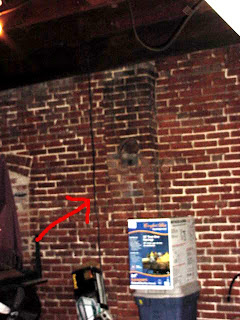 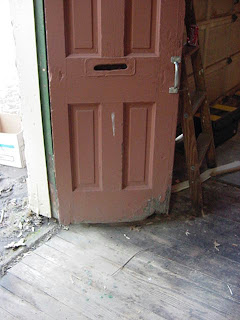 Alley view with bricked in windows. 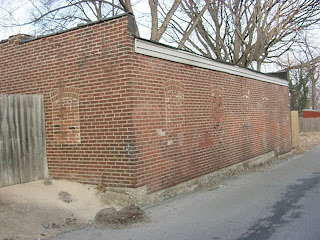 Posted by Christian Herman at 22:43 3 comments:

Fleur-de-lis on Juniata and Bent 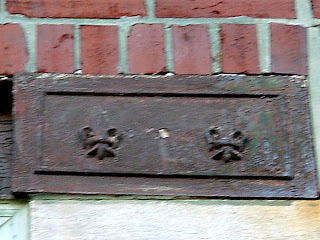 Posted by Christian Herman at 21:51 No comments: