Today Darren and I road tripped to Alton.

I had been telling him about how the crows would gather in my yard at twilight when I lived on McPherson. It was a massive yard with dozens of huge mature trees and hundreds of crows came to roost every evening at the very tip top of the trees. Crows roost communally in the fall and winter.

As I was telling this tale I noticed we were under a flyway with thousands of crows overhead. I asked Darren to stop so I could get some photos of them: 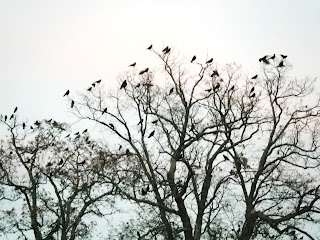 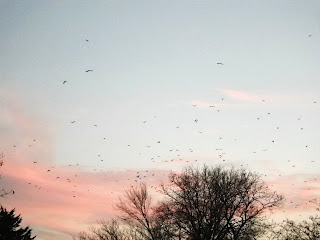 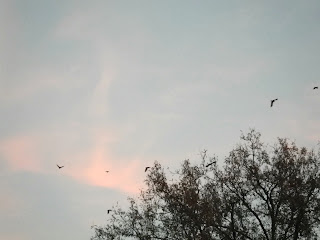 Final application of the crows on my back by the exquisite Sean Baltzell of Tower Classic Tattoo. A reworking of an old Anasazi tattoo. It's still not finished. I'll be adding a colorful background in a few weeks. 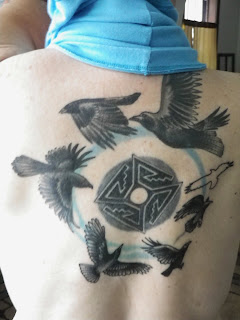 Other sights: Brick paved streets, metal signage near the closed steel foundry, three chimneys, The intoxicating brick of The Milton School, the cat in the curtain at Milton School and the drive home after dusk. 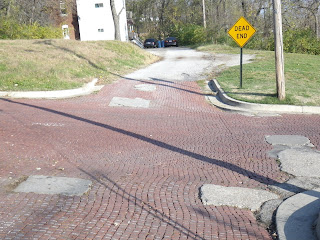 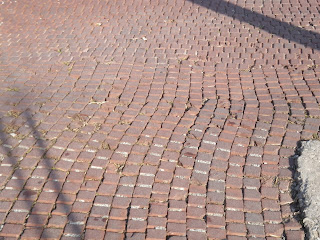 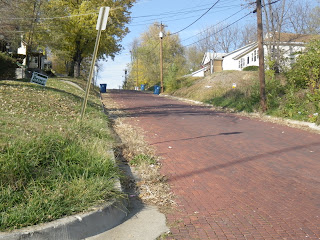 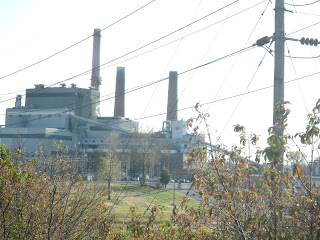 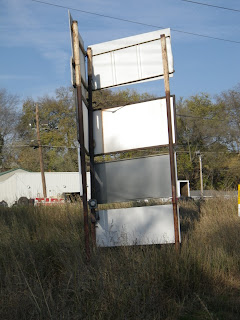 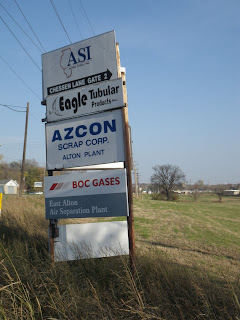 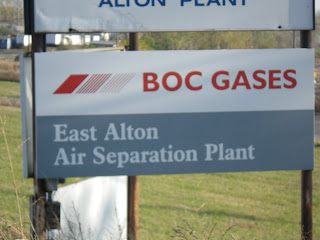 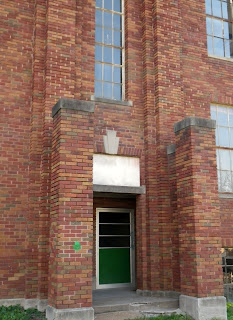 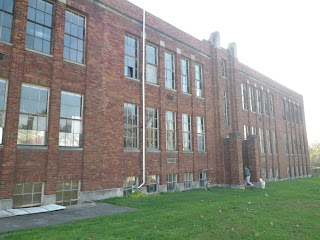 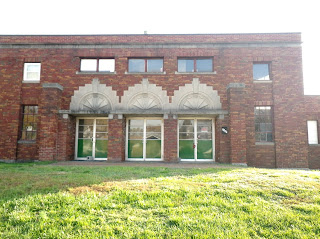 Look closely. There's some interesting tuckpointing to the building. It's all vertical, very precise, and never extends into the horizontal joints.
Posted by Christian Herman at 20:56