In an older post I've referred to these bricks as Brownie Brick since the surface presents like a pan of baked brownies. The style is call drag faced because of the texture and depth. The outstanding added value of texture influences the way light is reflected off the brick surface, how much light and shade is created and the perceived color of the facade.

These are currently my favorite bricks in TGS. NE corner of Roger and Oleatha. 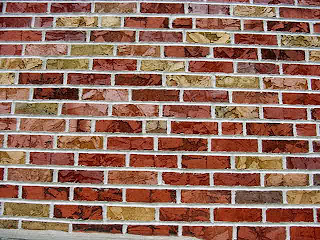 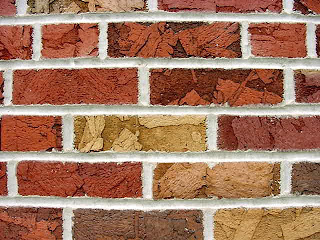 Looks like the surface of baked brownies, I tell you. 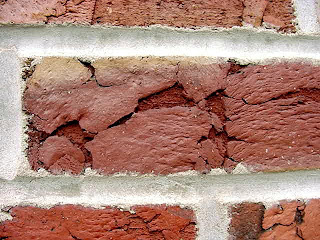 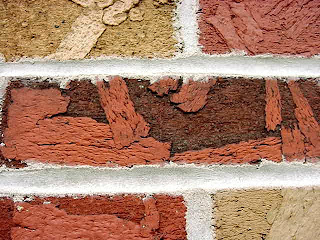 It's not really poison ivy but ivy is poison to brick because it will root into the brick and mortar and eventually lead to a building in need of repointing (roots need moisture, brick is porous.)

In the photo below you can see where the roots are left long after the ivy was pulled and new mortar applied. 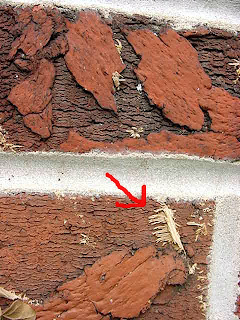 The ivy is growing back, YIKES! 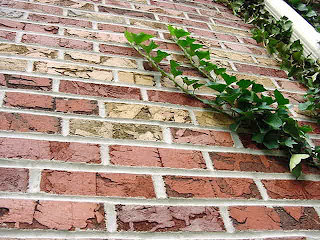 Posted by Christian Herman at 11:45