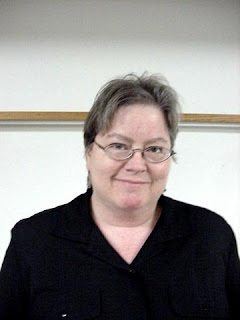 The plans for Matri's memorial are moving along!
Here's a link to the new plans provided by the City:
http://fundraisers4marti.blogspot.com/

As everyone knows, Marti made a huge positive impact on our Tower Grove South neighborhood and the Rehabbing community by starting the Rehabber's yahoo group. But that's only one small example of the contributions she made and not just to the city but to each of us personally.

Because of the Marti's Rehabber's group, I spun off a Yahoo group for TGS/H residents and independent business owners, http://groups.yahoo.com/group/TGSouth/ Marti was a TGH resident and hung out on our neighborhood group (she posted there much more than on Rehabber's)!

We currently have 298 members, have strengthened our Block Captains group as a result, organized the recent candle light vigil walk, and have become a stronger and more organized neighborhood because of Marti.

And, I simply must publicly thank Christopher Thiemet. Tim Klass and Peggy Hoelting for partnering on this memorial for Marti.

Christopher is the brain behind the web site.
Tim drew the original garden plans within seconds.
Peggy will be designing the garden.
Thanks to the many people who held mini fundraisers like Lynn Josse and Steve Wilke-Shaprio, state rep Mike Daus for making a contribution of 1,500.00 and everyone else who has contributed!

Please consider making a contribution to the memorial.
We accept donations via pay pal here: http://www.martifrumhoffmemorial.org/ and personal checks also!

More fundraisers are in the works for this project, I will update with info here as well as on the Rehabber's group
Posted by Christian Herman at 14:10